Food is any substance that provides nutrients for a living organism. But for humans, eating food is more than just gaining sustenance to allow the body to grow and repair itself. Humans have created dishes that can excite and stimulate the senses.

These dishes come from different parts of the world. And it is always a good idea to get a taste of the local cuisine each time one visits a new place. While it may not be feasible at this time, it is always good to try these at least once in their lives.

The following are dishes that may tickle the palate of anyone intrepid enough to try them:

A sea urchin is a marine invertebrate covered in spikes and is found in different parts of the world. Sea urchins are considered delicacies both in Italy and Asia. They even became a rising trend in the ’90s that affected global supply.

A traditional Scotch egg consists of a boiled egg with a coating of pork sausage meat and is covered with breadcrumbs. This dish is then deep-fried to perfection. The best place to try this traditional British dish is at an English pub. It is normally served cold and is popular as a picnic dish.

Since Scotch eggs have chicken eggs as their main ingredient, they are a good source of protein, which can help build muscles and prevent hair loss among women and men. The dish is also a good source of vitamins A, B, D, and E as well as zinc, iodine, and selenium.

These are edible fungi that grow underground on the roots of trees. They can take up to four years to grow. Truffles are quite expensive and can cost thousands of dollars per pound. They are already grown commercially, but it takes a good amount of patience to yield a good crop.

When it comes to eating truffles, they are shaved directly onto pasta or scrambled eggs. It is best to consume them uncooked and fresh right after they are harvested. The peculiar aroma of truffles gives them the unique flavor truffle aficionados look for.

This is considered the most luxurious meat in the world. Its name is synonymous with caviar and comes from a specific breed of Japanese cattle. This cattle breed can create a marbling of fat inside its muscle tissue. This marbling effect inside the cow produces a luscious steak that has a distinctive flavor.

When cooking wagyu beef, it is best to keep the center as raw as possible. It remains juicy even if it is cooked medium or medium-well. Thin slices of the meat easily melt in the mouth. The meat can also be used in several Japanese dishes, including sukiyaki, shabu-shabu, and teppanyaki. 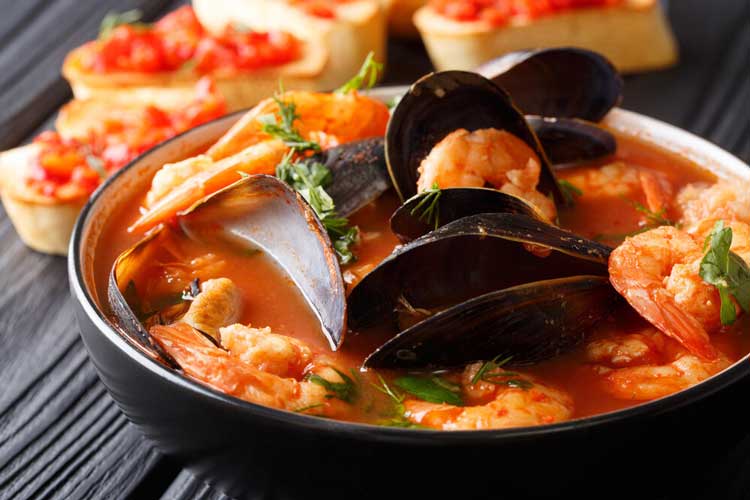 Another good dish to try at least once in a lifetime is bouillabaisse. It is a traditional Provencal fish stew that came from Marseilles. Traditional bouillabaisse consists of three types of fish, octopus, lobster, crab, and clams. It also has potatoes, tomatoes, leeks, and onions, among others.

The combination of flavors in the dish has inspired several literary pieces, including “The Ballad of Bouillabaisse” by English novelist William Makepeace Thackeray. The dish is now a high-class tourist meal that can cost nearly a hundred dollars per serving.

Tasting local cuisine is a great way for people to get a glimpse of the culture and traditions of the place they are visiting.