Amongst many cats out there, Ragdolls are one of the most popular breeds. Back in 2018, the Cat Fanciers’ Association ranked Ragdolls first of the most popular kitten breeds in the world, next to exotics. These cats are majestic with beautiful hair, color patterns, and schemes!

As owners, we want the best for our kitties when it comes to their shelter and lifestyle. We treat them as one of our family members and allow them to eat as much as they want. But what foods are good for their nutrition? In this article, we will take a look at the breed and the food they need for nutrition! 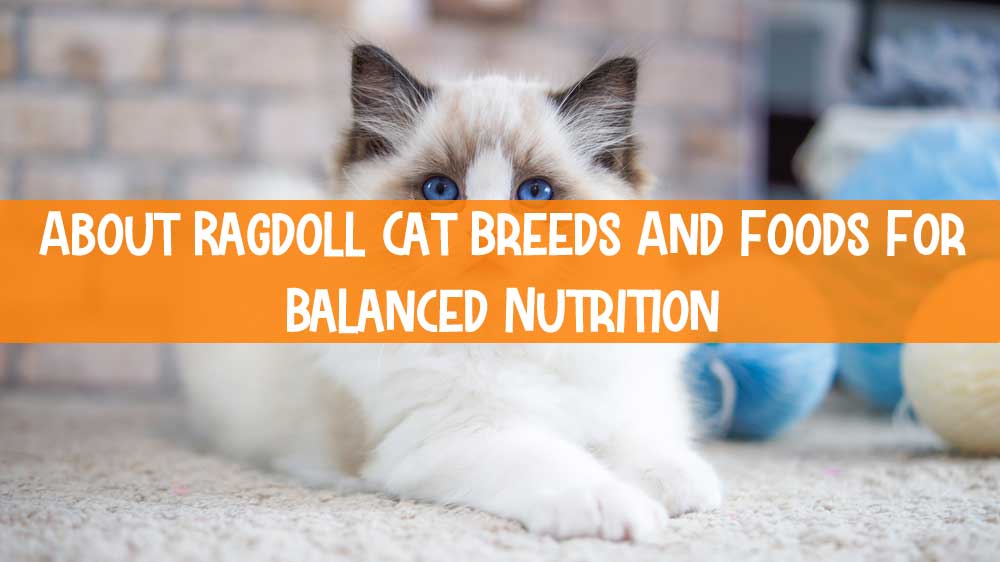 It all started with a street cat named Josephine, a long-haired, white coat of unknown breed. Josephine lives amongst the neighborhood cats and has a pretty normal life. Of course, this was until she got hit by a cat while pregnant at the time. Luckily, she was saved by veterinarians and had conceived babies. After her recovery, she became extremely docile, and her kitties were able to exhibit these temperaments as well!

With all that had happened, Josephine caught the eyes of a Persian cat breeder named Ann Baker, who lived in the neighborhood in California near Josephine’s home. Ann Baker adopted her and her kittens, and they became domesticated and no longer roamed the streets. Miss Ann Baker theorized that Josephine was part of a top-secret government experiment, altering her genetics resulting in conceiving kittens with some distinct personalities.

Given the kittens’ appearances are so unique, Ann Baker refuses to let the cat associations know about them. Instead, she made her cat association revolving around her Ragdoll cats and began franchising them with other breeders! Ann strictly requires the breeders to pay for licensing and commissions. She also does not allow them to exhibit their cats to other associations. She also directs which cats should breed and from whom.

Although it seemed like Ann Baker was the only owner of the breed, there was a couple who managed to get a pair of Ragdoll kittens, the Dayton couple. Danny and Laura Dayton wanted to make the world see the breed and work it out with Miss Ann. Unfortunately, Ann disapproves of their ideals.

The couple, however, made their association and started franchising the breed. Miss Ann Baker was not too happy about it and began to accuse the couple of stealing and killing her kittens. It made the breed difficult to put out there because of Ann’s accusations, well, until she died in 1997. Today the Ragdoll became, as we know it, mainstream, popular, and loved by many owners!

Ragdolls are docile, laid-back, and you can often see them chilling somewhere in your house! They are friendly and often interact with other domestic cats and animals. You can also observe them being clingy, less vocal, and affectionate. If they are not relaxing, you would likely find them following you around the house whenever they got the chance.

Foods To Balance Their Nutrition

Ragdolls eat more than many cat breeds. And so, we keep them well-fed, but that might be difficult if they find the food unpleasant. Here are some of their favorite foods you need to know to balance their nutrition!

Cats, in general, love raw foods, and of course, I am talking about the meaty ones. For Ragdolls, they love to eat minced meats from rabbits, beef, and pork! They also love to eat the internal organs of the chicken or turkey if they are not allergic to it.

Ragdolls mostly stay hydrated from the food they eat. They seldom drink water without knowledge, they may get dehydrated. Wet foods are the inevitable solutions to keep them well hydrated and at the same time maintaining their nutrition.

Dry foods are good snacks for Ragdolls. It is a nice change of menu for them to not get used to having wet foods all the time. You can also use dry foods as a special treat when you try to train them!