The endocrine system is made up of glands that produce and secrete a hormone to regulate the activity of cells and organs. These hormones regulate all the processes of the body including physical and chemical processes, sexual development and their functions. These hormones are released into our body and effect several organs present in the body.

Actually, these hormones are chemical messengers and they transfer information from the one set of cells to the other. The major glands of the endocrine system are hypothalamus, pituitary, thyroid, parathyroid, pineal body and the reproductive organs ovaries and testes. 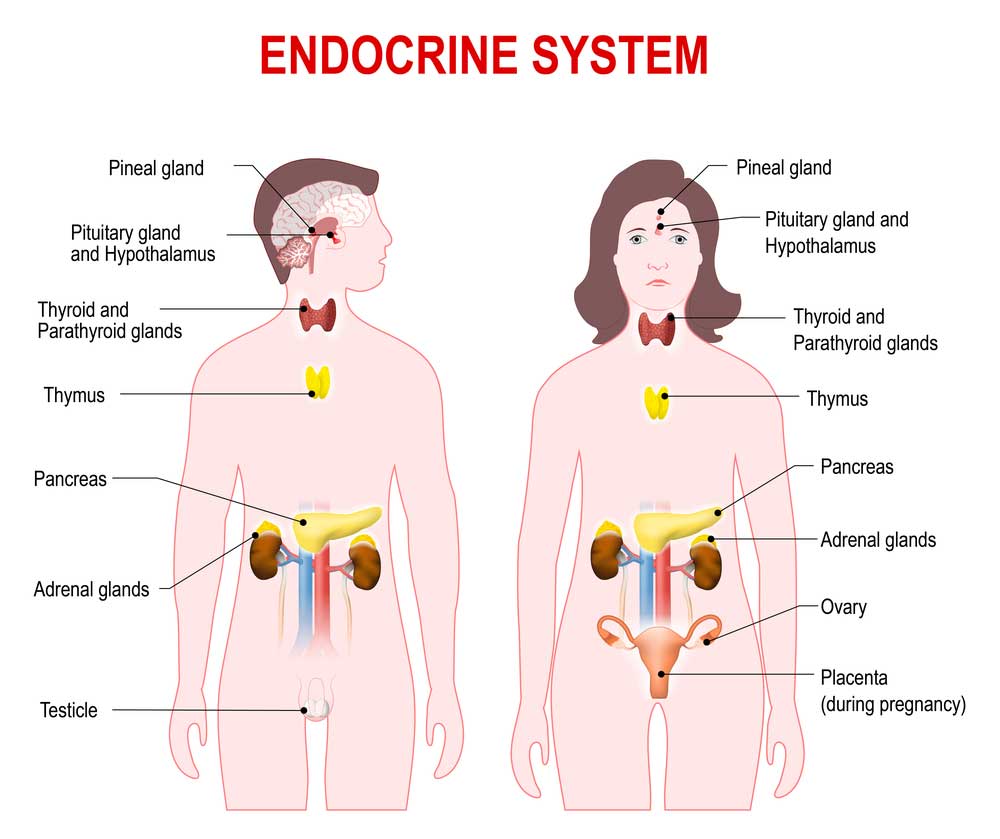 Now, first of all, I will tell you about the function of the hypothalamus in the endocrine system. 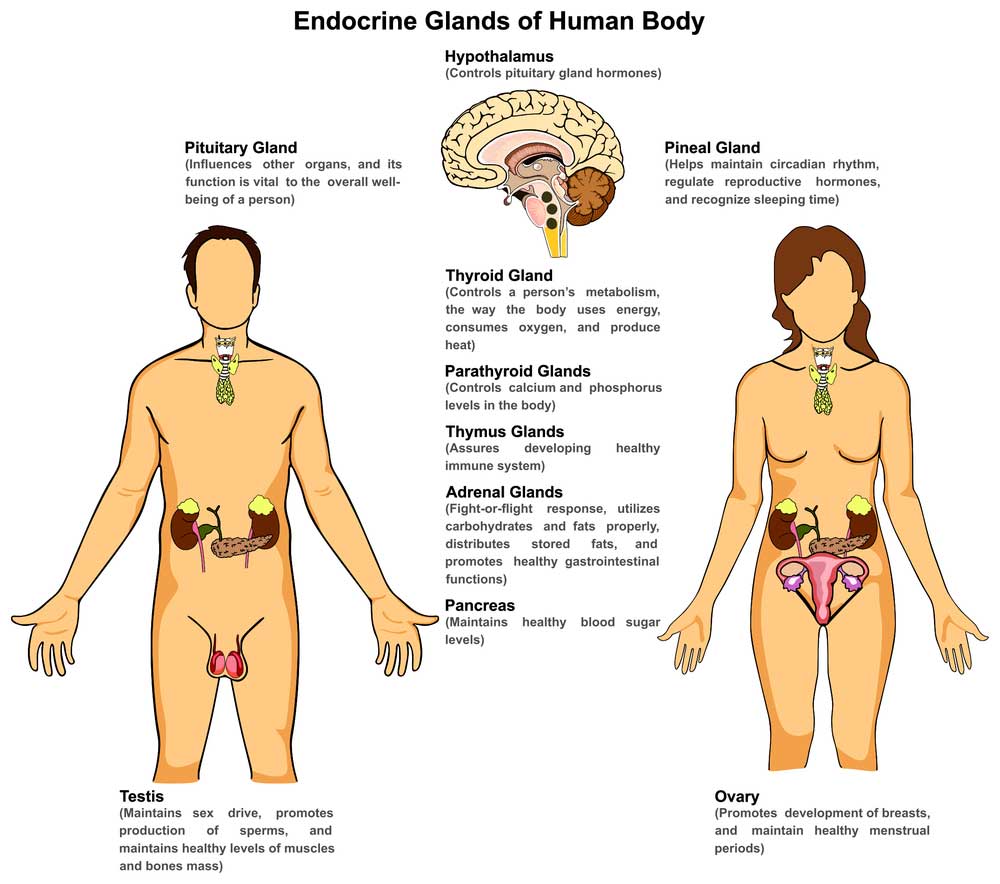 It is located in a lower central part of the brain. It plays important role in order to regulate metabolism and body temperature. This controls feelings, thirst, hunger, sex drive etc. this is the main, central and most important part of the brain which plays a key role in performing different functions of the whole body. It sends signals to the pituitary gland which in turn release hormone in order to perform that function. Mostly it helps to secrete releasing hormones. For example, it helps to release somatostatin hormone which helps to induce the pituitary gland to stop releasing growth hormone.

Following hormones are produced by anterior lobe which is regulated by the hypothalamus.

Following hormones are produced by posterior lobe and these are not regulated by the hypothalamus.

It is located in the lower front part of the neck. It plays the key role to regulate body temperature and metabolism. It also helps to maintain blood pressure, heart rate, and digestion. It also plays important role in bone growth and development of nervous system in children.

It has a pair of glands which are embedded in the surface of the thyroid gland and secrete a parathyroid hormone which helps to regulate the level of calcium in the blood.

It is located in the middle part of the brain. This part of endocrine system secretes a hormone named as melatonin which helps to regulate wake/ sleep cycle in the body of a man.

It is an elongated organ present toward the back of the abdomen or just behind the stomach. There are two parts of the pancreas.

Exocrine pancreas secretes digestive enzymes while endocrine pancreas releases hormones like insulin and glycogen and helps to regulate the level of glucose in the blood.